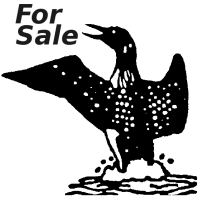 As someone who has been going to HSR for close to 45 years and who regularly uses the Drag Lake end of the property, I would like to add a few more comments and a bit of history.

The Drag Lake shoreline is in a secluded bay, with less boat traffic than Lake Kenabi (the main lake where everyone camps). There is no safety issue here. Drag Lake is the logical (and only) destination when going on a long hike at HSR. Look at a map and you will see that without the shoreline, the entire west end of the property is essentially unusable. We are not loosing 3% of the camp; we are loosing use of approximately 50%.

No one has explained why a camp has to be developed and used continuously in order to keep it. I admit few groups use this end of the property, but so what. The groups that use it use it as a wilderness campsite — a place to hike to and from, and camp out at. Surely this is still part of our outdoors program. Just because it is not used on a regular, scheduled basis does not mean it can’t be used as it is, or kept for future use.

This situation has developed exactly because there is no room for input from the members at large. A few volunteers and paid staff make these major decisions with no open discussion. Rumours of this sale have been floating around for a number of years and every time I have asked senior staff at HSR there has been the same answer — don’t know, couldn’t say, nothing happening they are aware of.

There used to be a Haliburton sub-committee of volunteers who were involved with the overall HSR operation, although it was made very clear they were not involved with the detailed running of the camp. This committee worked diligently on a lot of things and did provide an “oversight” of the HSR operations. About 7 or 8 years ago they created a very detailed long term plan for the development of HSR over the next fifty years. They had meetings, member input, did a lot of research on a lot of subjects and produced a very detailed long range plant which was submitted to the Toronto executive.

With no warning, the Haliburton committee was disbanded by GTC, told that their services were not need any more and that the paid staff would look after all the operational and planning decisions for the camp. It was made very clear that volunteers were not needed or wanted in the process of running HSR. The long range plan, which was very well thought out and would be a great stating point to discuss the future of the camp was completely shelved.

This sale is the result of that type of management.

The report from GTC says specifically that this property is not being sold to generate money for salaries, etc. and that the money will be used to further develop the rest of the HSR camp. Although technically this may be true it is deceiving and again shows the lack of complete openness.

My understanding is that over the past number of years HSR has made significant profits every year and those funds are used elsewhere to pay for other Scouting costs (salaries, etc.) rather than being reinvested in the camp. Essentially GTC is using Haliburton as a cash generator and as a result, equipment, buildings, and staff accommodations are getting more and more run down. A major infusion of cash will allow this trend to continue, or accelerate, i.e. the camp can be upgraded using the property sale money while more operating revenue is diverted elsewhere.

In the past several of us have discussed the need for funds to upgrade/improve HSR and there is certainly a lot that could be done. The Haliburton Breakfast Club has done a great job over the years raising money for HSR but there is a lot more done. We have talked about the idea of an arm’s length “Friends of Haliburton Scout Reserve” similar to Friends of various parks, etc. This could be a way to generate significant funds for specific projects.

HSR has been in existence for approximately 60 years and many thousands of youth have gone through there and had a wonderful time. Many of these people have ended up in jobs where they have been able to donate something back to HSR when asked. Many years ago all the rowboats were donated when someone saw a desperate need to replace the wooden ones and volunteered to do this. There is a vast amount of good will towards HSR all across North America from people who remember it fondly. We need to ask for help and the Internet is the way to do it, through an arm’s length fund raising program. I have no doubt that the amount of money being asked for the property could be raised over a reasonable length of time.

In summary, we need to do all we can to stop the sale of this property. Once it is gone, it is gone forever and the repercussions will go on for a long time.

This is a chance to say to Scouts Canada, Stop, be open with everyone about the situation, and let’s work together to raise the money to do what needs to be done. Resurrect the long term plan and let everyone have their say about where things are headed.